My Identity Is This Expanse!

_A journey about human resilience

and the power of poetry 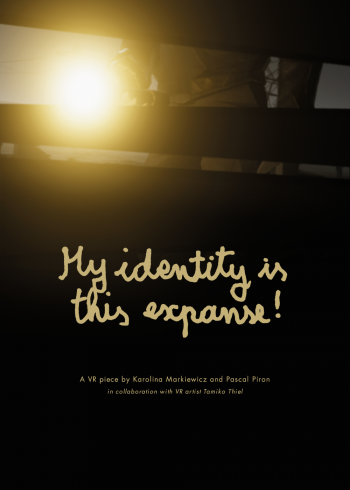 My Identity Is This Expanse! is a virtual reality film and installation that tells you the story of a child who, resilient to despair, seeks relief through memories, imagination, and the strength of poetry. Mahmoud Darwish’s poem, “If I Were Another,” is both the child‘s and the viewer’s entrance into this realm of relief and resilience.

Combined with the memory of a missing mother and family, the poem guides and sustains the child amidst the grueling reality of exile, violence, and confinement to a wooden box — both a hiding place and mode of transport for refugee children.

The journey is based on the true story of Yunus Yusuf, who was transported under these circumstances from Afghanistan to Luxembourg at the age of 13. It is also the story of millions of other refugee children and adults, both today and throughout history. 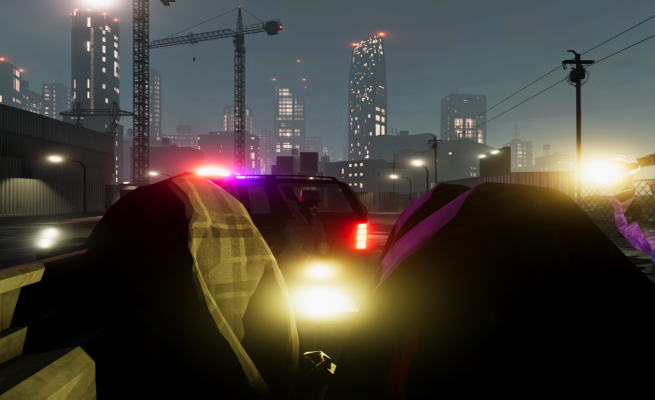 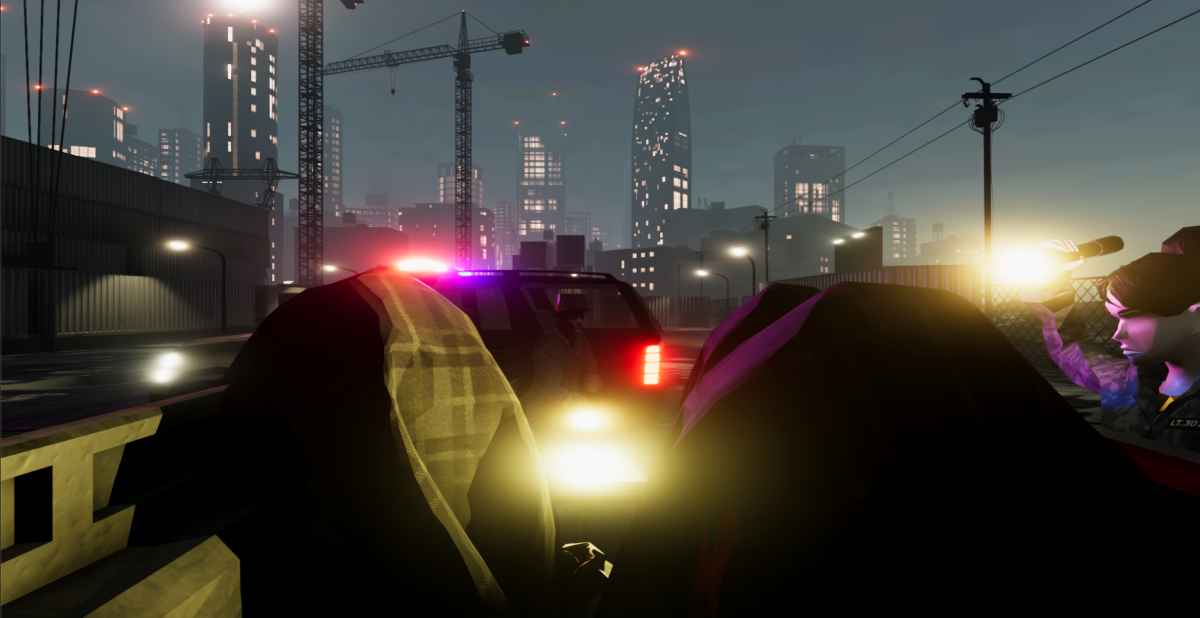 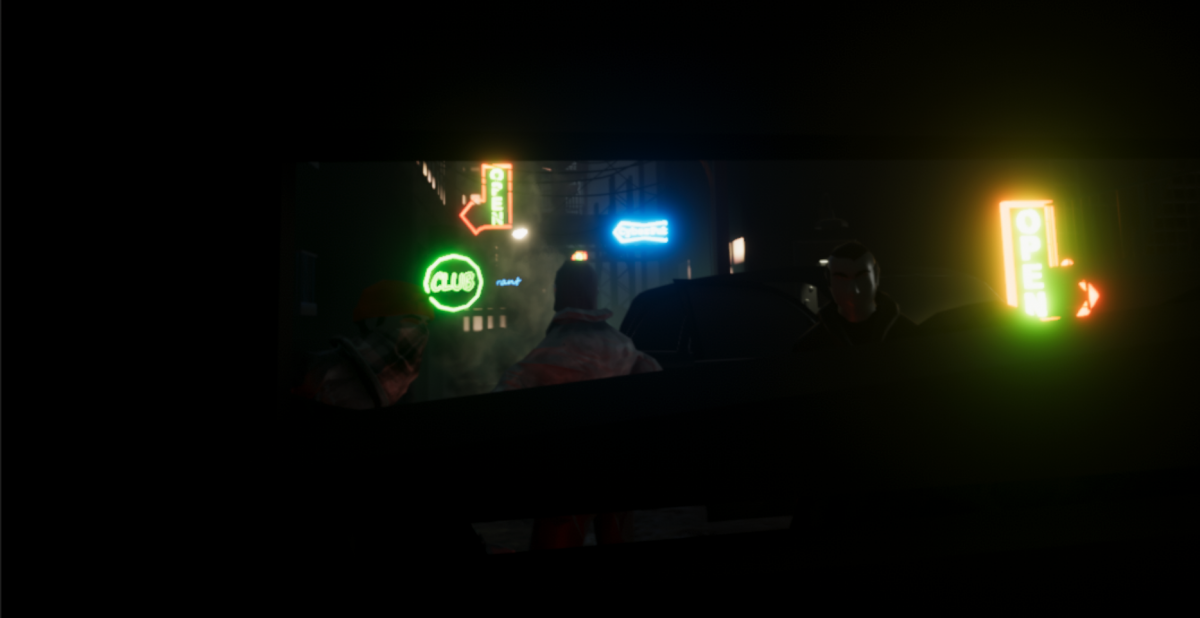 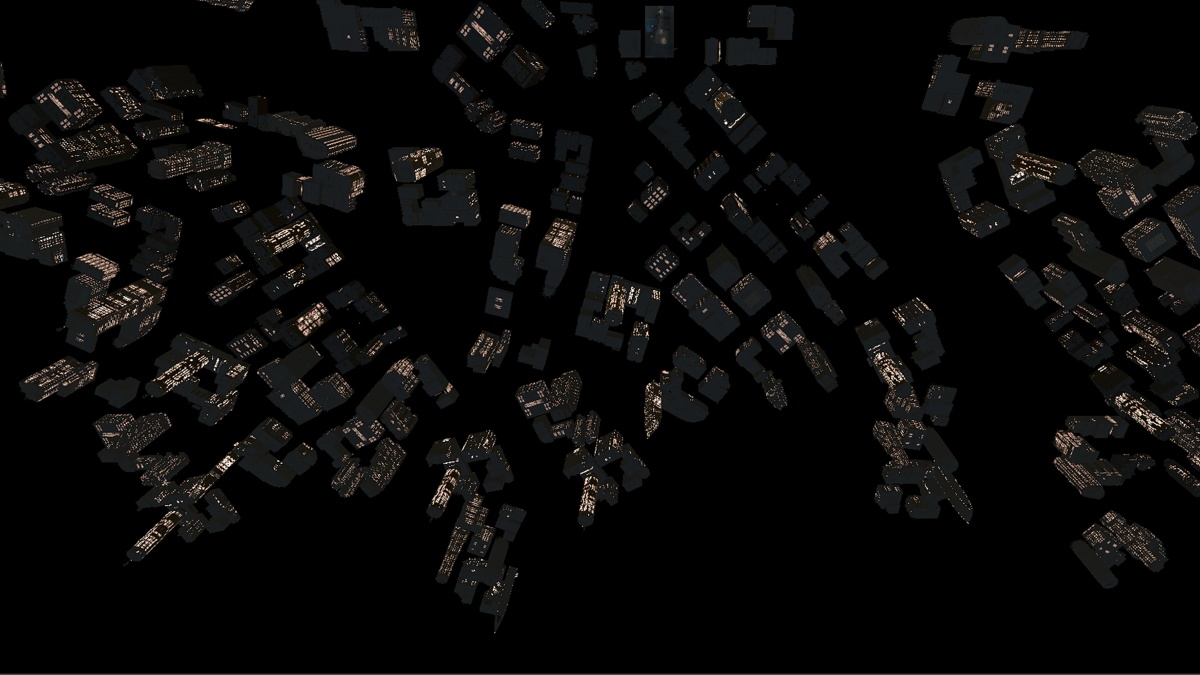 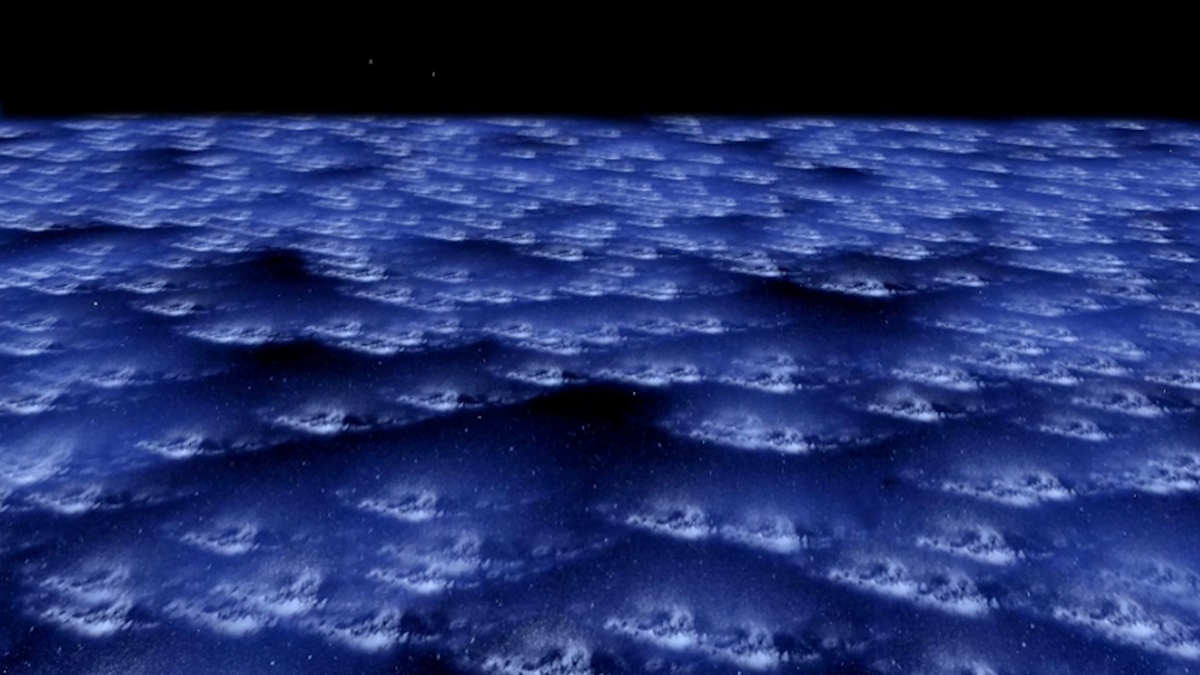 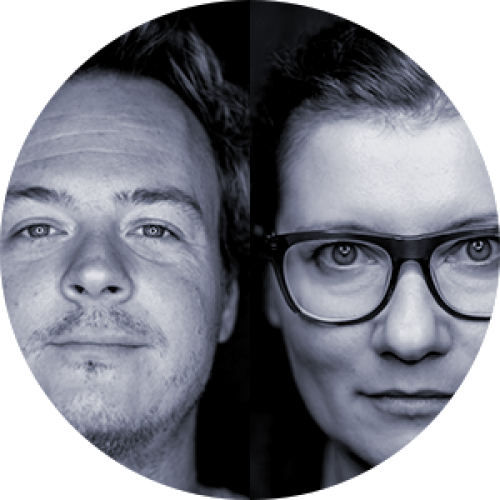 The collaborative work of Karolina Markiewicz and Pascal Piron since 2013 creates links between cinema, visual arts and theater. At the center, the individual is part of a human community, oscillating between impermance, resignation and hope.

Their artistic works include both documentary and fiction films, experiences in virtual reality, as well as painting, photography and theater. They see the importance of experimentation in techniques and different collaborations.

Fever and Sublimation released in 2019 are their latest interactive virtual reality pieces.

My identity is this expanse! is their animated film in virtual reality (6DOF), in collaboration with the American-Japanese digital artist, Tamiko Thiel. This project will be the subject of a solo exhibition at the Casino Luxembourg - forum for contemporary art, scheduled from March to July 2021.

Sublimation was part of the official selection of the 76th Venice International Film Festival.

Fever was presented at the European Photography Month, VR Arles and the Louvre in Paris as part of the Rencontres Internationales Paris / Berlin. Les Formidables was released in 2013 and Mos Stellarium (documentary and video installation) in 2015 and was selected for the 56th Biennale di Venezia di Arte to represent Liechtenstein.

Side-Effects of Reality (2016 - in progress) is their series of short films on contemporary history and myths.

They are currently in post-production of the documentary film, The living witnessses. They also have a solo exhibition, entitled pfh * - fucking human factor, precious human factor at the National Audiovisual Center and are part of the collective exhibition, Me, family at Mudam Luxembourg.

Tamiko Thiel was awarded the 2018 iX Immersive Experiences Visionary Pioneer Award by the Society for Art and Technology Montreal for over 30 years of media artworks exploring the interplay of place, space, the body and cultural identity in political and socially critical artworks.

She was lead product designer on the Connection Machine CM-1/CM-2 (1986/1987), the first commercial artificial intelligence supercomputer, and in 1989 the fastest computer in the world. CMs are in the collections of the Museum of Modern Art New York and the Smithsonian Institution.

Her first work in virtual reality (VR) was as creative director/producer of Starbright World (1994-1997), an online virtual playspace for seriously ill children, in collaboration with Steven Spielberg. An early pioneer of VR addressing social and cultural issues, her Beyond Manzanar (2000, with Zara Houshmand), in the permanent collection of San Jose Museum of Art in Silicon Valley, overlays the Internment of Japanese Americans in WWII with later threats to intern Iranian Americans. The Travels of Mariko Horo (2006), supported by Japan Foundation and MIT fellowships, is a “reverse Marco Polo fantasy” colliding Dante’s Christian universe with Buddhist cosmology to question our religious visual iconography. Virtuelle Mauer/ReConstructing the Wall (2008, with Teresa Reuter), supported by the City-State of Berlin and winner of the 2009 IBM Innovation Award in Art and Technology, examines East versus West German experiences of the Berlin Wall. As GoogleVR Tilt Brush Artist in Residence she created Land of Cloud (2017/2018). Winner of the 2018 People’s Choice award at the VRHAM festival in Hamburg, this is a 3D “whisper garden” populated by cloud people repeating mantras from their Cloud Deities – soundbites from the 2016 Trump vs. Clinton campaigns.

She is founding member of augmented reality (AR) artist group Manifest.AR, participating in their path-breaking AR intervention at MoMA NY in 2010 with ARt Critic Face Matrix, which seems to question the validity of AR as an art form, and main curator/organizer of their intervention into the 2011 Venice Biennial with Shades of Absence, a work on censorship of artworks. These interventions brought commissions for further AR installations, such as the Whitney Museum NY commission in 2018 for Unexpected Growth (with /p), that puts the Whitney underwater, populating it with a dystopian coral reef formed of (virtual) plastic waste that bleaches as people view it. Unexpected Growth will enter the Whitney permanent collection in 2020. 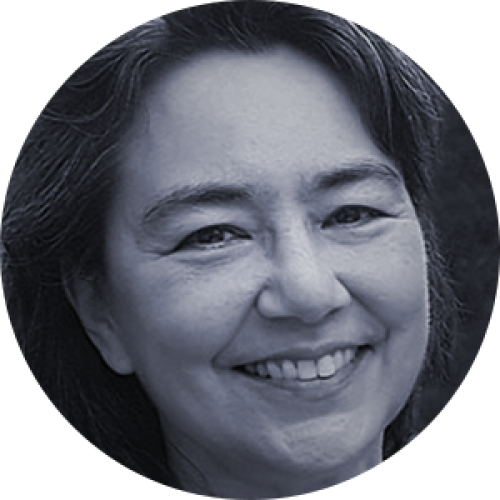